Loving the Prophet is the essence of Islam

The Persian poet Saadi Shirazi sang a eulogy of the Prophet: “Thousand times was I to wash my mouth with rose water it would still be insolence to utter your beautiful name.”

The Quran describes the Prophet Muhammad’s (peace be upon him) beautiful, loving, compassionate and caring character in these glowing words: “He is ever yearning for your welfare and very compassionate and beneficent towards the believers”. He loves us and Muslims in return love him too. Loving is this intense feeling of affection, fondness, delight and admiration for the most magnificent person who ever lived in human history. History has produced many great leaders who have left their marks on different walks of human life. There have been great philosophers, scholars, pious saints, conquerors, poets, musicians, inventors and doctors, all these great men have changed the course of human history for better one way or another.

However, the life of the Prophet Muhammad (peace be upon him) is unique and has certain outstanding features, which set it apart from the rest of the leaders. William Draper in his book “history of the intellectual development of Europe” said “four years after the death of Justinian A.D. 569, was born in Makka the man who of all men exercised the greatest influence upon the human race, Muhammad“. Similarly la Martin in ‘Histoire de la Turquie’ says “philosopher orator, apostle, legislator, conqueror of ideas, restorer of rational dogmas of cult without images, the founder of 20 terrestrial empires and of one spiritual empire that is Muhammad as regards all standards by which human greatness may be measured. We may well ask is there any man greater than him.”

The Quran describes the messenger of God’s (peace be upon him) special role; “There is a beautiful role model for him who wishes and hopes to meet his Lord” (33:21). Therefore the Prophet Muhammad (peace be upon him) is really a role model and exemplary person. We recognise the need for role models, children imitate their parents, students copy their teachers and those who yearn for perfection, he is a role model for all in beliefs, behaviour and lifestyle.

Love is an intense feeling of deep affection and fondness for someone. It’s a transitive verb which requires an object, so you love something, you love someone, you delight in them, you admire them and cherish them. Muslim poets have expressed their love for the Prophet (peace be upon him) in various ways.

Even the world of kufr knows that in order to defeat and divert the Muslims from their religion. They have to weaken this link with the Prophet (peace be upon him). Iqbal the great poet of Islam reveals this conspiracy of the non-Muslims in this couplet. He said “this starving man who does not fear a bit, take away from him the spirit of Muhammad and give him Western ideals and it will be then it expelled and then you will be able to easily expel Islam from the Muslims”.

In another place Iqbal attributes his own fondness and love of Islam and his deep understanding of the message and the meaning of the religion of Islam to this deep love. He says “the dazzling Western intellect did not impress me at all since my eyes were filled with the dust of Medina and Najaf.” He believed that the love of the Prophet (peace be upon him) was his powerful shield against the influences of the Western culture. He said “the Western culture corrupts the mind and heart because it is no longer chaste and pure and when the salt is no longer pure then it is impossible to have even a clean conscience, lofty ideals good taste.”

So we see that the love of messenger (peace be upon him) is the energy that drives the believers on the straight path, it is the shield, which protects them from the evil influences of a society and the deceptions of his own ego and the snares of satan. Let me give you another example of the disciple’s love for the messenger (peace be upon him). Aisha the mother of believers reported that one day Sauban a disciple came to the messenger (peace be upon him) and he looked quite sad and the messenger (peace be upon him) said ‘why are you gloomy and sorrowful?’ He replied I love you more than myself and my family and whenever I miss you I visit you, but now my anxiety is increasing that in the hereafter when I die you will be in a very lofty place near your Lord, but I don’t know where I will be, this worries me, this thought of being detached from you and not being able to visit you makes me miserable. The Prophet (peace be upon him) on hearing this was very moved and was quiet for a while then this verse was revealed from God: “whoever follows God and his messenger these are the people, whom God has blessed they are the prophets , the truthful, the martyrs and the righteous people. What a wonderful group of friends” (4:69).

Another poet eloquently puts this point when he says: “the love of Muhammad is the first requirement of religion if this is lacking then everything is incomplete”. Love is the intense feeling of fondness for someone who has outstanding qualities, he has force field of energy about him which attract others. It is difficult to pin down what love is precisely. However, we can identify two reasons for loving someone; his special quality of attractiveness due to his power or knowledge and secondly a favour that he has done to us making us indebted for the protection and security whether it is financial assistance, when we look at the life of Muhammad (peace be upon him), we see in him the most wonderful qualities of generosity, kindness, compassion and forgiveness. Another immense favour on mankind is delivering mankind from the darkness of ignorance to the light of deen.

1 Responses on Loving the Prophet is the essence of Islam"

SEND US A QUICK MESSAGE 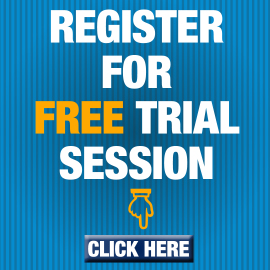